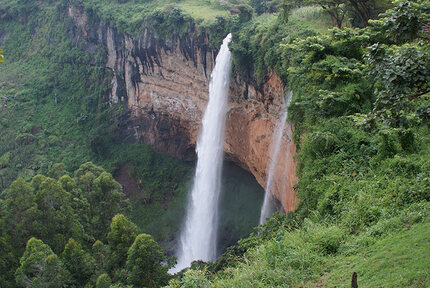 Uganda is in East-Central Africa, with Kenya to the east, South Sudan to the north, The Democratic Republic of the Congo to the west, and Tanzania to the south. The capital is Kampala, a city that spreads over a series of hills, estimated to have a population of 1,650,800 people, and is the largest city in Uganda. Today, Uganda is an agricultural country with its main export being coffee, and the economy of Uganda is growing steadily.

In terms of gender roles, there are traditionally dowry or bride prices paid to a woman’s father. Until the 1990’s it was custom to kneel when speaking to a man in public in some regions.

Luganda is the most common language as well as Bantu, Swahili, Nilotic, and Lumasaba. Religiously, Christians make up 85.2% of the population, 12% are Muslims and the rest are Sikhs and Hindus mainly.

In 1500, the Bito dynasties of Buganda, Bunyoro, and Ankole were founded in present-day Uganda. Buganda became the most dominant dynasty by taking territories from the other dynasties in the 1700s.

The Arabs came in search of slaves and ivory in the 1840s, soon followed by two British explorers: Speke in 1862 and Stanley in 1875. Before the British colonization, Uganda had multiple successful dynasties. In 1875, Bugandan King Mutesa I allowed Christian missionaries to enter, and it was not long before missionaries from England, France, and other countries came to convert Bugandan’s people from 1877 to 1879. Catholics, Protestants, and Muslims all tried to proselytize the Empires. The first religion that took hold was Anglican: James Hannington was the first bishop of Eastern Equatorial Africa. However, due to the hostilities towards the new religions, in 1885, he was captured and murdered by Mwanga II. Due to Britain not wanting to become involved in the control of East Africa; In 1888, the British government gave the British East Africa Company control of Uganda. In 1890, Uganda became part of England’s controlled territories, and in1894, the British government made Uganda a colony.

In 1904, cotton was introduced to Uganda, and by 1914, large amounts of cotton were being exported. In the 1920s, big quantities of tea and coffee were also grown in Uganda. During this time, the country of Uganda was being changed from many external influences. Missionaries opened schools, and literacy rates went up. Riots took place between 1945 and 1949, because of political conspiracy theories spread by Governor John Hall and Chief Justice Norman Whitley. After much struggle, the first three Africans were appointed to the legislative council in 1945. And in 1950, that number increased to eight. Meanwhile, the population of Uganda was becoming more diverse also: a census in 1948 showed 5 million African Ugandans, 37,000 Asians, and less than 3,500 Europeans.

In the 1940’s Ugandan rebelled against Britain’s power and in 1945 an African was admitted to the legislative council that was set up in 1921. In 1961 at the London Conference Britain decided to allow elections to be held in Uganda, this led to Uganda’s independence on October 9th, 1962. The first president of Uganda was Mutesa, (King of Buganda) and the first prime minister was Milton Obote.

​However,  Obote did not want to share power with the president, so in 1966, he forced the president to flee abroad; this led to Obote becoming a dictator. In January 1971, when Obote was in Singapore, Idi Amin staged an overthrow. Idi Amin became the chief of the armed forces and air force in 1966. President Amin was a tyrant and massacred at least 300,000 civilians . In 1972, Amin forced out the Asian community, (about 60,000 people), resulting in the collapse of the economy. He then tried to invade Tanzania in October 1978 in order to annex land, but as retaliation, Tanzania invaded Uganda in early 1979, and Amin was forced to flee. After the war, Obote became the prime minister again, but there was corruption and foul play involved on his part due to him rigging the election. Obote’s opponents formed a guerrilla army to fight him called the National Resistance Army, and soon it controlled a large part of western Uganda. As Obote tried to become a dictator again, the National Resistance Army continued to build support, and in 1986, they entered the capital and took over all of Uganda (minus some northern areas). Obote's supporters in the north eventually surrendered and Obote was overthrown by his own Ugandan National Liberation Army led by General Tito Lutwa Okello in July 1985.Tito Lutwa Okello became President soon after. And In the 1990s, Uganda became politically stable, and economic growth began again.

Uganda and The Democratic Republic of Congo 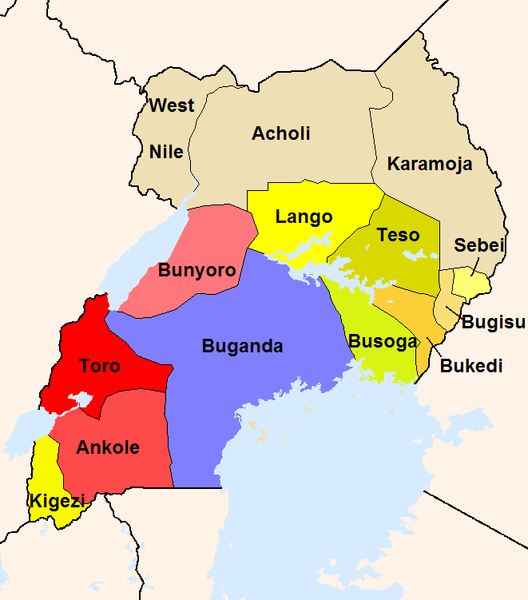