Africa is known as the origin of the human race. It is one of the oldest continents with a complex and diverse history.  It is also home to the development and evolution of humans from homo habilis to homo sapiens. Later on, some Africans began to migrate out of Africa and move to the Middle East, Asia, and Europe. Community and culture were important factors that fostered and facilitated relationships between individuals of a tribe or clan. Hunting and gathering characterized lifestyles for much of primitive African history.

Civilizations began to pop-up in Africa, such as the Bantu. The Bantu people discovered iron and began to develop a civilization that focused on smelting iron tools and cultivating crops. This gave rise to one of the most prominent civilizations in history: ancient Egypt. The Egyptian civilization was known to be very elaborate and ornate with importance placed on religion and maintenance of power. Egyptians relied on agriculture and the Nile River as a food and irrigation source. Egyptians practiced polytheism; they worshipped many gods. A unique practice that Egyptians had to honor the dead in the upper class was mummification, which involved the preservation of organs and the wrapping of the body in linen cloth.

Empires began to be established throughout different parts of Africa. The kingdom of Aksum (Axum) , located in present day Ethiopia, was known for its gold and reliance on agriculture. Aksum was the first kingdom to adopt Christianity around 350 CE. The kingdom later declined due to Muslim invaders. By 1250 CE, the Mali Empire became a prominent empire due its global relationship with trade and education. They were able to trade with the Middle East countries, and traded gold, silver, salt, and slaves. Timbuktu became a global learning center, allowing Islam to spread rampantly throughout the empire.

When the slave trade began to slow down,  Europe wanted to maintain its influence in Africa, so they began to take over several African countries. This led to chaos for African tribes because Europeans would put multiple rivaling tribes into the same land. Missionaries and other European governmental organizations and officials began to enter the colonies to help teach Africans the "right-way" of living by converting them to Christianity and running the government for them. For both World Wars, the Africans fought alongside their European powers' army. After World War II, many African countries began to seek independence from the European colonizers.

Post-independence, Africa faced many problems regarding government power and nationalism. This gave the rise for disorder and dictatorship in several African governments. Some states today still have an authoritarian form of government. Today, Africa is implementing more democratic reform in order to improve their governments. They are also trying to improve their economy as they are known for their natural resources, especially oil. As a continent, Africa has a diverse history of religion and culture. Islam and Christianity are the major religions in Africa today in addition to the traditional religions. Africa is divided into five regions: North Africa, East Africa, West Africa, Central Africa, South Africa (not the country itself , but its neighboring territories) 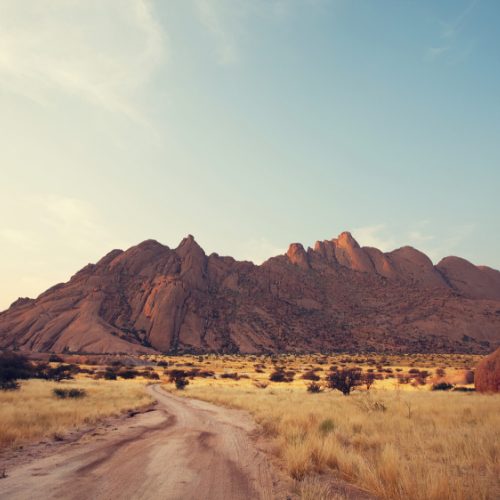