The History of France to Hollywood
It is very well known that even though Thomas Edison and Thorold Barron Dickson had already started producing movies in 1893, cinema as a service ( a paying show) was born in France. On December 28, 1895, the Lumiere brothers came up with the first paying movie ever. Later, their company along with others such as Gaumont and Pathe became the world leaders of this newly-formed sector. However, a few decades later, the geographical center of the film industry switched from France to Hollywood. It is still nowadays the capital of cinema. And this switch is the subject of this article. This section will focus on the Hollywood switch.

The first cinema « majors » ( major is a term to qualify the biggest producing companies) were French. In fact, two French companies were pioneers in movie production and dominated the world market in 1910. These firms were Pathé (1st) and Gaumont ( 2nd). Charles and Emile launched « Pathé frères  » which is the name of various French businesses that were founded and originally run by the Pathé Brothers of France starting in 1896. In the early 1900s, Pathé became the world's largest film equipment and production company, as well as a major producer of phonograph records. This company is responsible for the spreading of the location of pictures (when period films were mostly sold). In 1904, Pathé was the world's first movie producer with 500 films per year. Gaumont launched his company in 1895, and Pathé accumulated films at a high rate, credit to the talents of two legendary French directors- Alice Guy and Louis Feuillade. Pathé and Gaumont started launching subsidiaries in the United States of America, as the American market encountered tremendous growth.  It is important to notice that most of the French films lasted less than one hour. At the same time, the future founders of the five majors are mostly movie theater holders ( such as Louis B. Mayer, William, Fox , the Warner Brothers etc).
​
​Since 1910, the American production method began to gain momentum. First, they introduced « feature films » which refers to longer duration pictures that required high budgets. For instance, the picture “Intolerance” (1916) directed by D. W. Griffith lasted 163 minutes. They also introduced the alternative cut. This draws parallels between two or more narrative plots.


For instance, in the first shot, we can see person A is reading at a park. Then, person B enters the park. Next,  person A sees person B arriving. In a minute or so, both characters are reunited in scene 4. In an alternative cut, the different plots don't always conjoin and become one consecutive storyline. 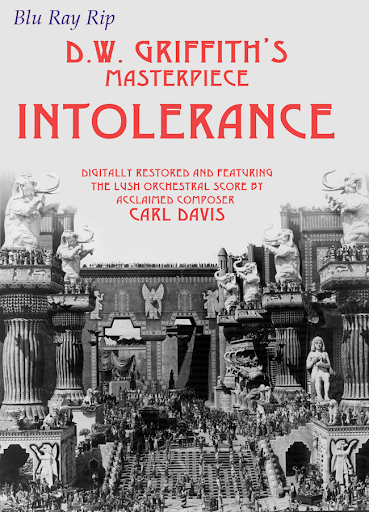 One of the first major alternative cuts is “Intolerance” (1916) where 4 different plots appear alternatively on the screen.  Then in 1920, the Hollywood system took-off. This system was a ford-like production scheme, where movies were rationalized. They began producing long and spectacular pictures, with rationalized cost, production and filming. Producers were tycoons; they controlled the movie from day 1 of the project. The studio had plot schemes, which means that they had special themes that they used in their film in order to quicken the production. For instance, they had a western set, with western specialized directors and actors. They would introduce the previews, which is  a screening of the  film with real spectators before its release in the movie theaters to see their reactions and fix the picture if the reception of the public is not satisfied enough.

According to Laurent Jullier, Hollywood used very aggressive benchmark strategies, that is to say that they allured the best European actors and directors while they sold « block booking ». These are cheap bundles that were composed of great American successes, and smaller American productions. This led to the screening of the majority of American pictures in European’s movie theaters. Finally the Academy of Motion Pictures Arts and Sciences was created in 1927, and began delivering the academy awards. This academy gave prestige to the American films and attracted great European artists.

In the 1930-1940s, Hollywood climbed up to the position of the world’s biggest producers for artistic and eye-catching films. The city did not only encounter reputable success but also achieved attraction from international film artists from the whole world. Thus, European directors rapidly moved to the United States and tried to achieve the « American dream » ( we can think of Jean Renoir or Max Linder). In another word, the founders of the major made the Hollywood switch, thanks to the introduction of  « feature films » and the transformation of an artistic activity into a real industry with rationalized methods of production.
​
written by: Amaury Gilmaire 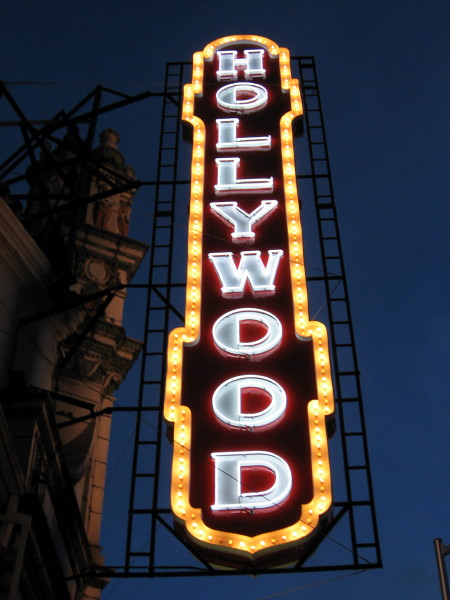