Tribal Law is the legal system used in Native and Indigenous tribes. It consists of the constitutions, treaties, and ordinances unique to the tribe.

Tribal law is crucial to the tribes because it helps govern and control the interactions  between  tribe members and the land.

Before the Europeans arrived in the 16th  century to America, Native Americans were the primary residents. There were several tribes all across America, and each tribe held unique cultural and governmental values due to their geographic location. When the Europeans arrived,  they encroached on Native American land and began to start a series of wars to take land away from them. Early 17th century marked several battles between the colonists and the American Indians, such as the Anglo-Powhatan Wars.

Shortly after America broke away from Britain, it began to build its government. When establishing the constitution, it gave Congress powers to  deal with Indian tribes, but Indian tribes still maintained their sovereignty. One of the tasks that the government did was passing a list of laws to get more land from the tribes. Cherokee Nation v. Georgia (1831) and Worcester v. Georgia (1832) gave more power to the  federal government to control the land of the  tribes. In  the Worcester case, the Court ruled that states do not have power in  enforcing state laws towards the Cherokee tribe. However, in 1830, the Indian Removal Act was passed, resulting in several Native American tribes migrating westward to find land. This migration  became known as the Trail of Tears. Congress did give non-voting powers for members of the Cherokee and Chocktaw nations in Congress, but has not sent anyone ever since.

After the Civil War, the Indian Appropriations Act of 1871 emphasized that tribes are not sovereign and prevented any formation of treaties. It also resulted in more conflicts between the U.S. government and American Indian tribes, particularly those in the Midwest. This resulted in the passage of the Dawes Act in 1887, which resulted in tribes losing their land. It gave more power to the federal government to portion and allot the land. People can get their land back, but they must agree to assimilate to American culture, which will allow them to get citizenship. This apportionment of land resulted in the break up of tribes.

Another legal  contribution that was created in the 1880s was the tribal courts. The courts take on a similar form and system as the American courts, but focus more on tribal matters by applying their own customs, such as land ownership. Previously, Congress did not provide funding, but eventually it did.

There are two types of legal systems in Canada: Indigenous and Aboroginal. Indigenous law is based on  the First Nation tribes’ cultures, rules, teachings, and conducts as well as relationship with the land and spirits. Aboriginal law makes up the courts and legislatures and focuses on the relationship between the Indigenous peoples of Canada and the government.

When the Europeans arrived in Canada, there  were conflicts between the Europeans and the Indigenous populations. As a  result, several treaties were negotiated between the two sides to prevent any violence. The Proclamation of 1763 ensured that British settlers would make sure that Aboriginal Peoples are  being protected and treated fairly. In terms of the land, Aboriginal Canadian land can only be sold or given to Britain and not the settlers.

Shortly after Canada received its independence from  Britain, it passed the 1867 Constitution Act. It claimed that the Canadian government has jurisdiction over the Aboriginals’ land. The Canadian government began to gain more control over the Indigenous peoples, and it passed the Indian Act 1876, which focused on assimilating the Indigenous peoples.

The White Paper in 1969 helped take apart the Indian Act and provide additional federal assistance on economic relief and property ownership. In 1982, section 35 was implemented in the Canadian Constitution to recognize and protect the rights of the Aboriginal peoples. The Supreme Court helped define the specific rights, such as hunting and land ownership, of the Aboriginal people through R. v. Calder and R. v. Sparrow.

In 1999, the First Nations Land Management Act allowed First Nation tribes to manage their land, but they need to follow the provisions of the Indian Act on land management. Today, Aboriginal law has set up legal  systems in the different tribes that combine both Aboriginal and Canadian law. In 2016, an Indigenous People’s Court was created and implemented traditional healing practices.

Another court system that was established in Canada is called the Gladue Courts. These courts are specifically for the First Nation tribes, Metis, or Inuit and are charged for criminal actions. They do not hold any trials, but  their function is to hold bail and sentencing hearings. In addition, these courts are unique because they take into account the systemic discrimination that several of these tribes faced.

For monetary issues regarding land ownership, Specific Claims Tribunals were established in 2008 to hear monetary problems of First Nations people.

The native population in Australia is  known as the Aboriginal people. They have  resided in Australia for 65,000 years before Europeans arrived  in the late 18th century.   One of the first legal treaties  that was passed  in 1836  was the Letters Patent establishing the Province of South Australia, which formally  recognized and respected the rights of  the Aboriginal people.

However, once Britain formally colonized Australia, it began to expand and encroach on Aboriginal land and ignore their pleas of protecting their land. It was the “terra nullius” principle that Britain operated by, which means that no one claims any land. This principle was eventually overturned in 1992 with the Mabo court decision, which recognized Aboriginal people’s land ownership.

Aboriginal Development Commission Act was passed in 1980, which established a commission that dealt with land allocation and lend any money needed to support their business.

The indigenous law in Australia has customary law, which consists of Aboriginal customs and traditions that are part of the legal system.  Customary law focuses on marriage, land ownership, and  criminal justice.

Maori is the major Indigenous group in New Zealand. Maori law holds customary law, which is the traditions and customs of the Maori people. Known as tikanga Māori, this system helped define how marriages should operate, trade and land rights for all individuals, conflict  resolutions, and family relationships. This system was in place before Europeans arrived in New Zealand.

In 1975, the Waitangi Tribunal was established as a forum for the Maori people to solve problems that the Maori faced when it came to violation of their legal and natural rights.

Recently in 2008, Rangatahi (Te Kooti Rangatahi) and Pasifika Courts, which are youth courts, were established to bring together the youth to learn about the justice system. If a youth was convicted of a crime, it is a way for them to learn from their mistakes and find ways on how to avoid making that mistake again. 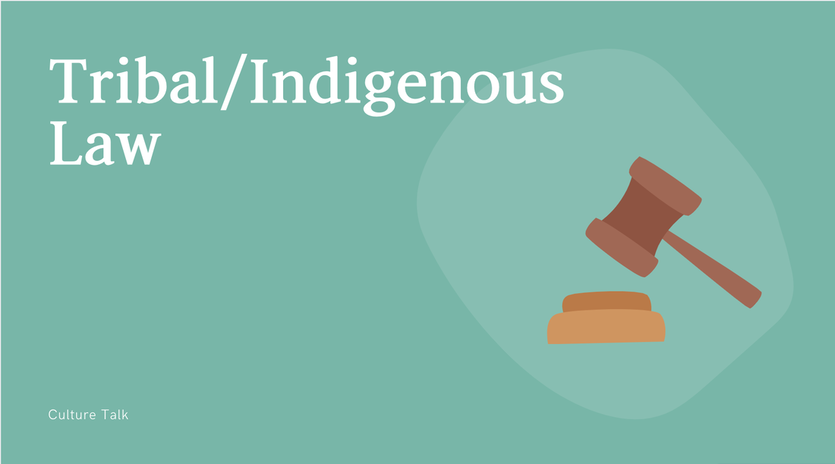