Welcome to The Arts section of Hispanic/Latinx Heritage Month. This page discusses art forms such as dance, music, and artwork as well as Art History.

Dance is one of the numerous ways a person can express themselves and many cultures use dance as a form of expression to showcase their richness and their  history. In the Latinx community, dance is a vital part of presenting the culture with the beautiful costumes and the lively music and of course the dance form itself. Like many cultures around the world, there are numerous dance forms within the Latinx community so let’s get into some of the different ones!

Before we get into some of the different forms, it is important to note that there are five official formal dances: Cha-Cha, Jive, Paso Doble, Rumba and Samba. This piece will talk about some of these formal dances and also another form that may not be considered formal but still has a powerful impact on the community.

​One of the more popular Latinx dance forms is the Tango. The tango is a popular ballroom dance form founded in Buenos Aires, Argentina in the early 20th century. This dance form highlights the romantic aspect of life as it focuses on the intimate relationship between a man and a woman. You’ll notice that the tango also shows a subtle story through its movements. The story it portrays is that the foreigners who couldn’t go back to their home country used tango to express their feelings on the topic but those feelings eventually bring the dancers closer together as shown by the closeness of their bodies. Tango is a very intimate dance overall so the story has to highlight that deeply. Because of the intimacy effect tango has, the costume also has to represent that. The women wear body forming dresses typically in red but other colors are also worn while the men wear suits to show their formality. The typical red is to emphasize the romance aspect which ties into the dance. Overall the tango is a dance between two lovers and their home and is now a popular dance that anyone can partake in!

The Samba is another beautiful dance form which originated in Brazil but was popularized by the western culture in the 1940s. It is interesting to note that the samba was actually formed by the African community in Brazil but was nevertheless integrated into all the sub-communities that Brazil has. As mentioned before, samba dancing is considered to be one of the formal dances but the piece that makes the samba different from the others is the visual aspect along with the dancing itself. The costumes for samba dancers include skirts varying in length depending on the occasion with feather arm pieces. The skirts highlight the different sway movements and the jewelry and the boas emphasizes the wrist actions which is what makes the samba what it is today. The main attraction that separates this dance form from the others would be the elaborate headpieces. This ensemble helps put together the effect the samba gives off.

The Cha-Cha is another one of the five formal dances from Latin America but like the samba, it has been modernized in western culture. It has a basic choreography compared to the tango and the samba with two slow steps and then three fast ones following. It can go along with many different types of music but the beats of the music must follow that two-three pattern in some way. It is of Cuban origin and is actually considered a ballroom dance hence it being one of the formal dances, although in Western culture, it is integrated into hip-hop and modern dance. Cha-cha was invented in the early 1950s and was typically danced to at clubs in Cuba and other places in Latin America. With it moving to America, it is used as a workout routine or part of a zumba exercise but in different Latin American cultures it is a powerful dance that is used in all areas. The simplicity of the dance is what makes it so popular and while it spreads through different cultures, the music also changes to fit the dance.

So there you have it, a glimpse into the different dance forms of Latin America as well as how the forms evolve with the environment around them. These different dances have a great impact on Latin American culture and like food and fashion, it is one of the things that highlight the beauty of the area. Dance in general tells a story and in Latin America, the story is usually about their history and beauty which is one of the many reasons that makes it so entertaining to watch!

Art is the beautiful medium through which artists express their emotions subtlety and creatively. Hispanic/Latinx art is so vast and diverse, that it is quite hard to categorize. It is “hybrid and pluralistic, the product of multi-cultural conditions” (Jiminez). The cultures in these ethnic groups spread across multiple countries and centuries, and they are essential to learn about regarding American history because as of 2012, there were over 50 million individuals of Hispanic/Latinx descent living in the United States. We must learn about all the cultures and backgrounds that contribute to the melting pot that we call American Culture.

Settlement and colonization (1500s to 1700s): The Hispanic heritage of what is now the U.S. begins in 1513 with the exploration of the Florida coast, nearly a century before the 1607 establishment of Jamestown and the 1620 landing of the Pilgrims at Plymouth. Most of the art consisted of memoirs, chronicles,  itineraries, and poems about the new landscape they encountered. As the Spanish began to interact more with the Native Americans, they created “intercultural Indo-Hispano fusions” in architecture, drama, music, and religious practices (NPS). By 1692, the Caminos Reales (Royal Roads) which were a network of arterial highways, became trading networks and became the place where religious Christian images were most circulated. This created the “Santero folk art tradition” which reflected Catholic values and had retablos, bultos, and reredos.
Treaty of Guadalupe Hidalgo (1848): After the Mexican-American war in 1848, the Treaty of Guadalupe Hidalgo “ceded half of Mexico's territory to the U.S.” including present-day Arizona, California, New Mexico, Utah, Nevada, and parts of Colorado and Wyoming. The American and Mexican styles began to mix, and Mexican-Americans would have clashes in their minds about identity regarding this new mixed society. The forceful nature of these conquests led to cultural resistance and the invention of corridos. This music style was popular near the U.S. and Mexico border, and it is characterized by its poetic, ballad-style organization and the epic stories told through the lyrics (Kennedy Center). In 1898, the Spanish-American War caused the U.S. to influence the Caribbean and vice versa. Soon, Puerto Rico became a U.S. territory and created its own distinct identity. Most literature and music was about migration and adjustment to a new lifestyle. Some of these songs were “African-based bomba y plena, urban boleros, and rural jibaro” (NPS).

​
The Mexican Revolution (1910-20): Artists, photographers, weavers, furniture makers, etc reinforced Mexican folk practices such as creating alters, costumes and masks for plays, and clothing for dances. Spanish-language newspapers hired illustrators and caticulturalists. Murals became widely-used as artists decorated restaurants. In the 1920s, the Spanish-language radio was created and hired Mexican-American singers and musicians to record music. Music became very diverse and had a different style for performances in dance halls, bars, the radio, luxury theaters, family celebrations, and restaurants. Mariachi music, created in the 1930s, was lively folk music that became popular and an integral part of Mexican-American culture. One famous song that came out of this was the traditional birthday song called “Las Mañanitas.”
Los Tres Grandes and the New Deal (1930s): Los Tres Grandes translates to “the three greats” of the Mexican mural movement: Diego Rivera, José Clemente Orocozo, and David Alfaro Siqueiros. As mentioned, murals gained traction and portrayed vibrant images of politics and life experiences, making muralism a “major Latinx genre during the Civil Rights movement” (NPS). Seeing this, President Franklin D. Roosevelt created the Work Project Administration (WPA) as part of the New Deal where the mission statement was “Art for the People, By the People.” Latinx artists were employed to paint murals that preserve and enhance their culture in schools, banks, and post offices. Later, in 1948, Luis Muñoz Marín became Puerto Rico’s first native-born governor, and he created the Division of Community Education (DIVEDCO) to support Puerto Rican culture. Artists, authors, composers, and filmmakers produced media about health, public safety, democracy, literacy, and civic participation, which launched the artistic movement forward by setting new high standards for graphic art. ​
WWII (1940s): After coming back from the war and facing racial discrimination, many Mexican-American soldiers joined organizations that demanded full citizenship and civil rights. This sparked almost an artistic revolution, and for the first time Mexican-American artists were involved in the mainstream art, studios, galleries, etc. The art during this time was inspired by the murals and often portrayed the reality of living as a bicultural individual.

The 1950s and the Cuban Revolution: In the 1950s, a large population of Mexican-American individuals lived in barrios, which became a “spiritual refuge” and sparked a sense of unity and creativity. A local newspaper, the Arizona Quarterly, often featured short stories by Mario Suárez about life in the barrio. The stories addressed the livelihood and vibrancy of the barrios as well as the injustices they faced in times of changing social conditions. Towards the end of the 1950s, refugees of the Cuban Revolution settled in Florida where they created a hub of theatrical activity. They popularized operettas, melodramas, Spanish repertoires, and comedic stereotypes. They shared their experiences with the community through art that drew from their own life stories. This movement sparked a wave of feminist icons in theatre and art --  from the play Fefu and Her Friends to Ana Mendieta’s sculptures and photography about the female form and identity.​
The 1960s -- Re-Envisioning America: The ‘60s marked the beginning of mass social movements. Protests, strikes, and movements began regarding racial inequality, hippie counterculture, the Vietnam War, etc. Specifically, Hispanic/Latinx-Americans began to fight for better housing conditions, educational opportunities, and racial equality. This inspired poems, paintings, and slogans that demanded equality and visibility. This generation set itself aside from past generations by taking activism to community centers and creating a holistic view of culture -- culture is integrated with education, economic development, personal growth, and social/political equity for all. 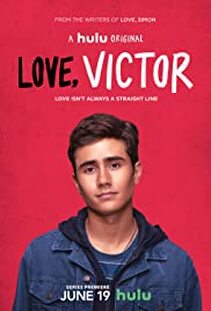 ​Seeing the representation of cultures that we may not know very much about is beautiful, because we then get the opportunity to learn about the history and cultural significance. We get to appreciate the melting pot society we live in today. ​
​
References:
https://www.khanacademy.org/humanities/art-americas/beginners-guide-art-of-the-americas/begin-latin-america/a/latin-american-art-introduction
https://www.nps.gov/heritageinitiatives/latino/latinothemestudy/arts.htm
https://iuplr.org/latino-art-now/