Sikhism is a monotheistic religion that originated in the Punjab region of India around 500 years ago. Despite this, it is the fifth-largest world religion, with over 20 million Sikhs around the world. It was founded by Guru Nanak Dev Ji, the first Guru in the 15th century. A follower of Sikhism is called a Sikh (pronounced “sickh”) which means a disciple or learner.

The main teachings of Sikhism are that everyone is equal under the Supreme God and we should not shun anyone away because of the difference in thought. The word Guru means “teacher” and is a combination of Gu meaning darkness and Ru meaning Light, together meaning “Light that dispels all darkness.” Guru Nanak Dev Ji is seen as the Embodiment of Divine Light.

Sikhism was born in a Hindu culture that was under Muslim dominance. The first Guru, Guru Nanak was born in the year 1469. Around 1500, he mysteriously disappeared for 3 days while bathing in a river. During these three days, he has met God, who had told him that “God was neither a Hindu nor a Muslim.” Confused by this information, Guru Nanak decided that he would now follow God’s path since the only True Guru is God, who is the same in all religions.​ 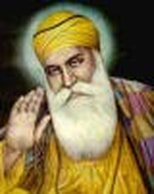 Photo of the founder of Sikhism and first Guru, Guru Nanak
There are 10 human Gurus in total, the last one being Guru Gobind Singh. He was then replaced by the Guru Granth Sahib, a collection of Sacred Wisdom in the form of poems and hymns that came to the 6 Gurus while meditating upon God. It was first compiled by Guru Arjan over 4 years in Amritsar and was finally installed in Harmandir Sahib, The Golden Temple, on Diwali, August 30, 1604. The second edition was compiled by Guru Gobind Singh in 1706. 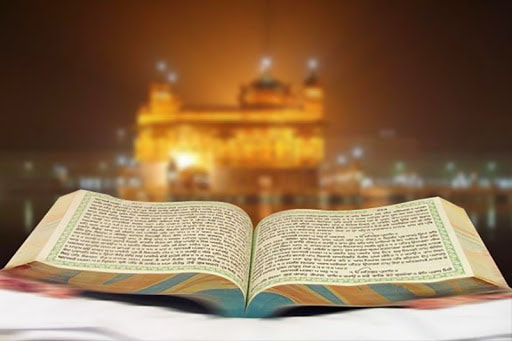 Guru Granth Sahib
Although it has elements of both Hinduism (Sanatana Dharma, the Eternal Truth) and Islam (rejecting the notion of avatars or divine incarnations, castes, and images to aid in worship), it isn’t quite the peaceful amalgamation of these two religions. Instead, it preaches compassion, service, gender equality, and religious equality while discouraging rituals like fasting, pilgrimage, or worship of the dead.

Toward the end of the 17th and beginning of the 18th century, the region of Punjab and the faith itself were under threat. Hence, Guru Gobind Singh called for anyone who was prepared to commit their lives to serve their people and protect their faith. Five brave men stepped up and were known as the “Panj Pyarey,” the beloved five, and instituted the Khalsa, the Pure Order. It still exists to date and is open to both men and women. However, there are a few requirements that should be fulfilled to be a part of the Khalsa.
At the same time as establishing the Khalsa, Guru Gobind Singh also extended his name, Singh, to all Sikh men, and Kaur to all women. Singh literally means lion but means stalwart and lionhearted as a name, while Kaur means princess. These names are still prominent today, but they are used as titles instead of surnames. For example, a person can be named Gurpreet Kaur Mann, but her surname would be Mann and not Kaur.

There are no priests in Sikhism and only have custodians of the Guru Granth Sahib. Any Sikh is free to read it in the Gurdwara (Guru’s door) or at home. At each Gurdwara, there is a free community kitchen where volunteers prepare and serve meals to people of all faiths. In addition to this, anyone from any religion is welcome at the Gurdwara.