Monarchy is a form of government that requires just one person to rule and lead the country. Monarchs usually act as head of state, meaning that they are the leader of the country, but in modern times in several European countries, they do not engage in policy-making, which is left to the President or Prime Minister. Monarchies does not necessarily mean that the rule is passed from family member to another family member because the core concept of a monarchy is that it is one person ruling the country. The hereditary component became more apparent when civilizations were being established.

Monarchies have been a huge part throughout history. It served as the form of government for several Indigenous tribes. This brought in a sense of unity and culture among the people. When the Neolithic Era hit, several civilizations implemented monarchy as a form of government, such as Egyptian Pharaohs and the kings in early Mesopotamia. It was also common for monarchies to evolve from small city-states, such as the Roman empire. The Roman Empire was a small community in present-day Italy but expanded throughout Europe and Northern Africa.

During the Middle Ages, monarchies became more common in Europe. The ruler of the kingdom was viewed as the chosen leader by God, which resulted in religion being heavily intertwined with the kingdom . At times, kings would inherit power through conquest or election, but typically, the rule was passed within a family or chosen group of people that the king has. The rise of feudalism led to increased stratification between the king, aristocrats, and people.
Feudalism also took a stronghold in Japan with the creation of shogunates who would rule alongside the emperor for centuries. In the Middle East and Africa, with the rise of Islam, caliphates were developed and Islam helped shape the law of those caliphates.

The rebirth period, known as the Renaissance, brought new outcomes for the monarchy. Monarchies  became more competitive during this time due to the increase in colonization by European powers. European monarchies were fighting over each other for control over the colonies in the New World. Absolute monarchy was prominent in other European countries, such as France. However, monarchy in certain countries would not last that long. France's monarchy was shortly toppled by the French Revolution. The Russian monarchy was dissolved by the Bolshevik Revolution in 1917. This was all due to the people wanting more representation.

​Today, monarchies , particularly in Europe, follow the form of constitutional monarchy in which the monarch and the family do not have a political power to make decisions, rather they just represent the state and perform their ceremonial duties.

In the Middle East, monarchies still follow the traditional form of a monarchy and the leader of the monarchy is also the head of the government, which means they have the power to govern and make laws.

TEACHER RESOURCES TO CHECK OUT 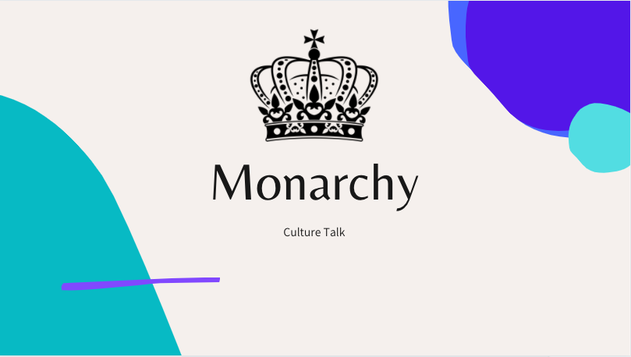