When the Roman empire split into Eastern and Western Roman empire. The Eastern Roman empire became part of the Byzantine empire, and played an important role in defining the law. Emperor Justinian I developed the Justinian Codes (Corpus Juris Civilis), which helped reform the Roman law in 529. It consisted of four books:  the Codex Justinianus, the Digesta or Pandectae, the Institutiones, and the Novellae. The Codex Justinianus set up the foundation for the Justinian Code. The Digesta broke down the laws and provisions on Roman Civil law. Justinian also used Greek philosophy in putting together the code. These laws were created to help unify the empire and outline the specifics about slavery, inheritance, and crime, and today served as one of the major foundations for legal systems today.

Roman law also influenced canon law, which outlined the guidelines for how Christians should act and the rules that they should follow. Canon law consists of decisions that were made by the Church or other religious leaders, such as the Popes. The laws covered how marriage should work as well as key sacraments, such as baptism and communion.
​
The Middle Ages also marked a period of peace and centralized law. Charlamagne, the king during the 8th century, helped unify Western and Central Europe. This did not last that long, and the unification of Europe split, which gave the rise to feudalism. Feudalism led to a strict social hierarchy and determined how families and individuals would be financially. It also led to the increased importance over property and how it should be passed down. Feudal law was created for this instance. The laws covered how the land should be distributed, relationships with the lords and vassals, in which vassals should receive a portion of the land. The vassals typically work in the lord’s land.

In the 11th century, the Norman Conquest took place in England, which led to change in law. William the conqueror took control of England, and introduced common law, which brought the idea of using precedent to rule future cases. England in future centuries becomes a pioneer in new legal reforms. In 1215, the Magna Carta was signed by King John to prevent the monarchy from gaining too much power.

Because trade marked a huge deal of importance during the Middle Ages, commercial and trade laws were developed for nations to follow and abide by. Specifically, the Lex mercatoria  (Law Merchant), which outlined laws that merchants had to follow when they were trading or conducting commercial business. The Hanseatic League, which was a trading network between the Scandinavian nations, highlighted the importance of protecting the rights of merchants.

The rise of Islam began to grow outside the Middle East in 7th and 8th century. When it reached India, sharia law began to take a stronghold there. It had a heavy influence in several empires, such as the Mughal Empire.
Sources 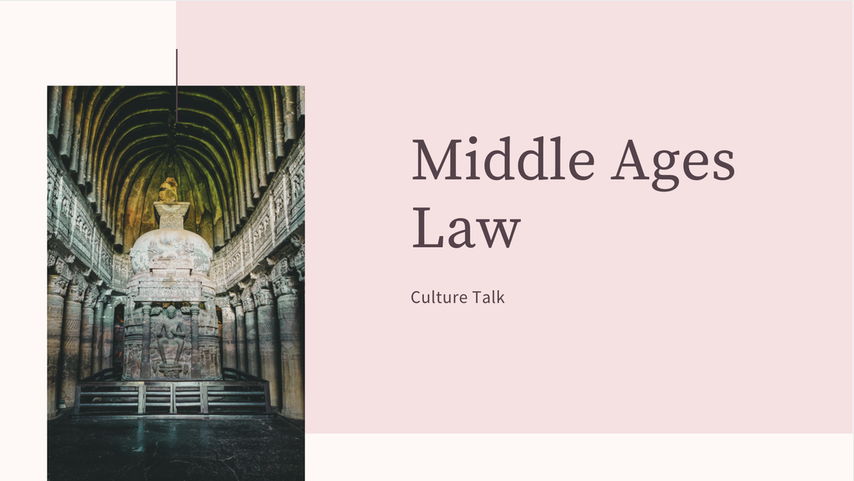