In this day and age, there is no doubt that STEM(Science, Technology, Engineering, and Math) skills have become increasingly valuable. Careers in STEM are among the fastest-growing, highest-paying careers, but Hispanics/Latinx are among one of the most underrepresented groups in STEM. Making up approximately 20% of the U.S. population, Hispanics/Latinx only make up 6% of the STEM field. Those who are part of the STEM field experience different treatment from their colleagues, including instances of discrimination, microaggressions, racism, and even sexual harassment. Despite being a marginalized group in STEM, here are several individuals who have disrupted the status quo and made ground-breaking innovations and solved major scientific problems, making lives easier and changing the world!
​Mario Molina - 1995 Chemistry Noble Prize Winner
​ 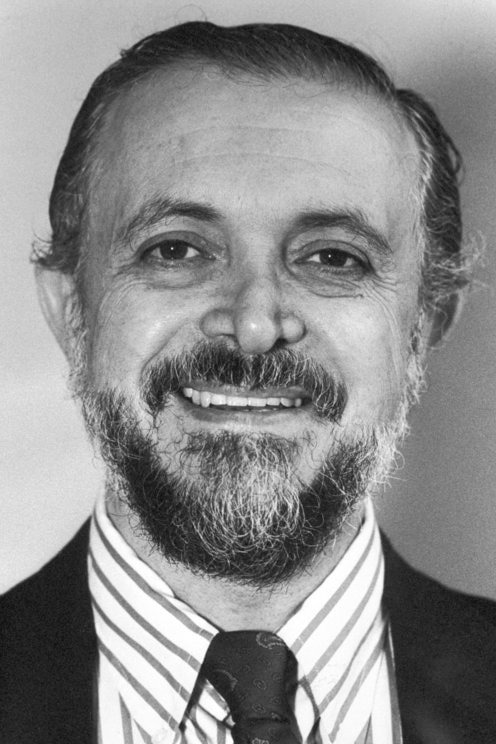 Mario Molina was born in 1942 in Mexico City and developed an interest in math and science since a young age. His aunt was a chemist and helped him with experiments until he enrolled in a chemical engineering program for his undergraduate career. After his undergraduate studies, Molina left Mexico and completed his masters and PhD's at UC Berkley and earned a Nobel Prize in his work detailing how ozone is formed and depleted.

Ellen Ochoa- First Hispanic Female to go to Space in 1993 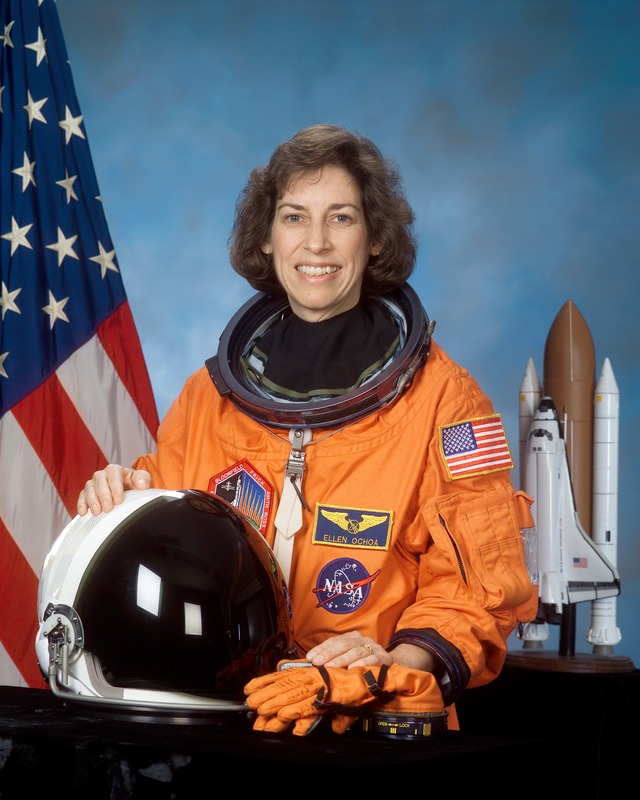 Ellen Ochoa was born in 1958 in Los Angeles, CA and holds a bachelor's degree in physics from San Diego State University. After completing her undergraduate studies, she obtained her master's and PhD at Stanford University. She was the co-inventor of a method to remove noise from images before being selected by NASA as the first Hispanic female astronaut. 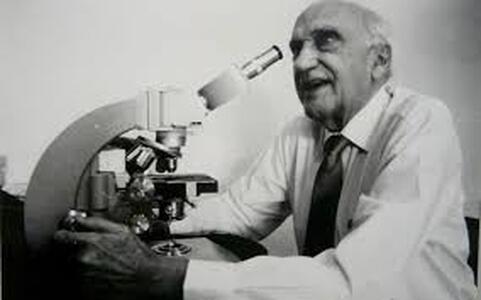 Jacinto Convit was born in 1920 in Caracas, Venezuela, spent some of his childhood in Paris, and spent most of his career in America where he served in a U.S. Army Wartime Medical Training program. He earned a Nobel Prize for revolutionizing our understanding of autoimmune diseases and immune response by discovering the genetic makeup of major histocompatibility complex(MHC).
Antonia Novello-First appointed U.S. Latina Surgeon General in 1990 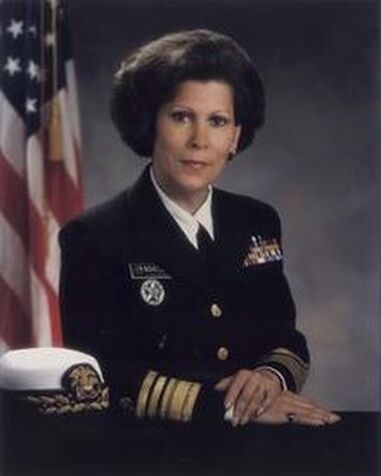 Antonia Novello was born in 1944 in Puerto Rico and completed her undergraduate education at Rio Piedras and PhD in Medicine at University of Puerto Rico. She has worked with UNICEF and the Disney Children's Hospital in Florida and was the first Latina to be appointed Surgeon General of the U.S. in 1990.
So, if you are a person of Hispanic/Latinx descent, and you have a strong passion for STEM, forget what others have to say, don't doubt yourself, and just go for it! You, too can serve as a role model for underrepresented groups in STEM and empower them to go after their dreams and aspirations and change the world!

Along with the remarkable work in STEM fields, some Hispanic/Latinx individuals changed the face of art and inspired generations. Some are timeless celebrities who spoke out for what they believed in and others are current day activists who create art that dazzles viewers from all backgrounds.
Frida Kahlo (1907-1954) - Famous Painter 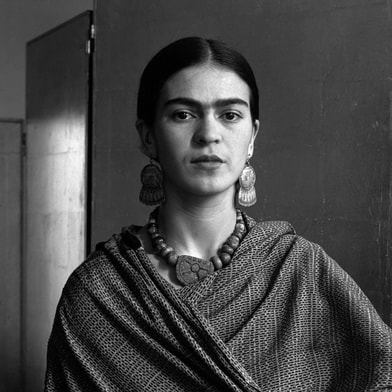 Frida Kahlo was a Mexican artist who is well known for her self-portraits, feminist ideals, and portrayls of pain and passion. Having lived a life of many injuries, Kahlo took her pain and created art as a coping mechanism. She valued love and passion, marrying Diego Riviera twice. Their relationship was passionately tumultuous, filled with secrets and lies of cheating, as shown in Kahlo’s self-portraits, depicting how she felt through all the stages of their relationship and her life. Her influence is still relevant today, as a depiction of her was shown in the Pixar movie Coco.
Rita Moreno (1931-present) - First Latina Female to win an Oscar 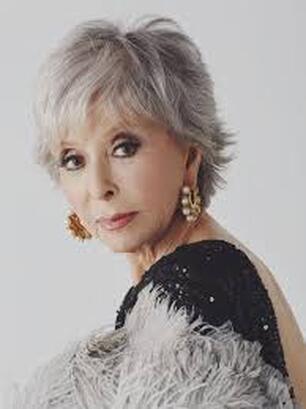 Best known for her role as Anita in West Side Story (1961), Rita Moreno became the first Latina woman to win an Oscar. Today, she still acts, portraying Lydia in One Day at a Time. She was invited to perform at Bill Clinton’s inauguration and received the Presidential Medal of Freedom from President George W. Bush. She also received the National Medal of Arts from President Barack Obama. She is a truly inspirational woman and feminist figure who trailblazed a path for future generations.
Lin-Manuel Miranda (1980-present) - Multiple Award Winning Actor, Director, and more 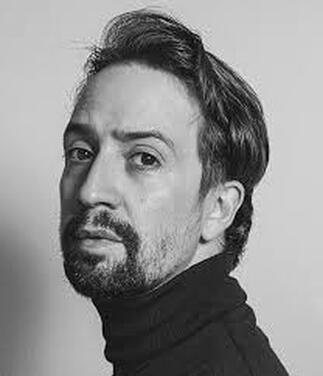 Iconic and brilliant Hamilton creator Lin-Manuel Miranda is an accomplished man who is a Pulitzer Prize, Grammy, Emmy, Tony Award-winning composer, lyricist, actor, director, producer, rapper, etc. With his countless works stretching from Broadway to film, Miranda has broken records and reached people across the world through his art. He resides in NYC with his wife, sons, and dog, still working and advocating. ​
Selena Quintanilla (1971 - 1995) - The Queen of Tejano Music 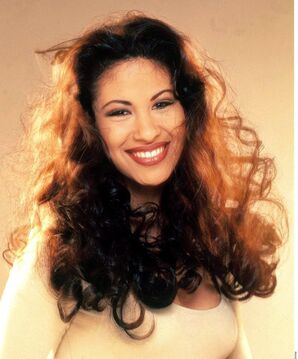 The Queen of Tejano Music whose life was lost too soon, Selena was a vibrant performer who ranks among the most influential Latinx artists of all time. She has sold about 30 million records worldwide, making her one of the best selling female artists in Latin music. A fashion and musical icon, Selena reached the Billboard Top 20 posthumously, and her influence is still prevalent today. ​
Resources:
https://www.fridakahlo.org
https://www.womenshistory.org/education-resources/biographies/rita-moreno
https://www.linmanuel.com/about/
https://www.biography.com/news/notable-hispanic-americans