In a year, 10 Gurpurabs are celebrated. These are the anniversaries related to the 10 Gurus. The most important ones are the birthdays of Guru Nanak and Guru Gobind Singh, as well as the martyrdom days of Guru Arjan and Guru Tegh Bahadur.
Guru Nanak Jayanti is in the month of Kartik, usually around October or November. This is called the Prakash Utsav since Guru Nanak brought enlightenment to the world. Guru Gobind Singh Jayanti is the birthday of the Tenth Guru and falls on December 22 as he was born on that day in 1666. The martyrdom day of Guru Arjan is around May or June, while Guru Tegh Bahadur is in November.
The day before a Gurpurab usually starts with a Nagarkirtan, a large procession led by the Panj Pyarey and a palanquin of the Guru Granth Sahib. The Akhand Path (the continuous reading of the Guru Granth Sahib) is held that day. On the Gurpurab day, singing hymns from the Guru Granth Sahib starts around 4 or 5 in the morning. This may be followed by religious and historical Sikh lectures and poetry recitation praising the Guru. After the Ardas (prayer), Karah Parshad (sweet offering) and Langar (food) are served to everyone. ​ 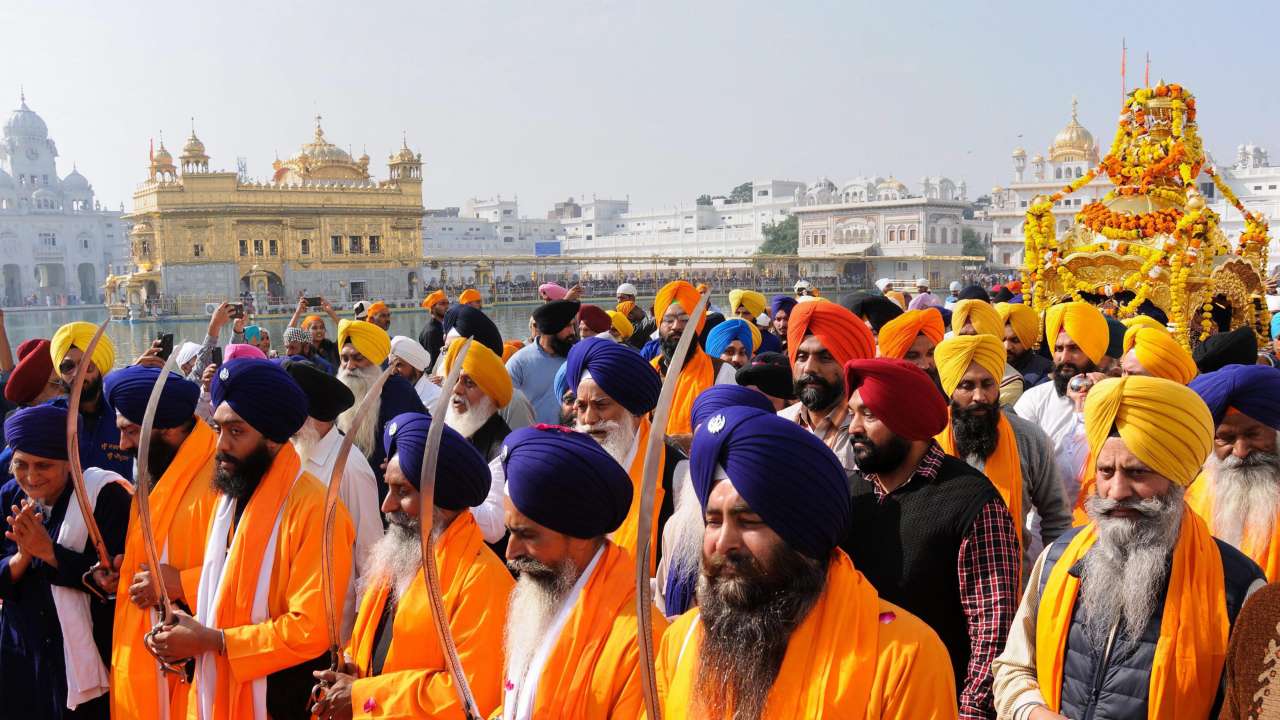 Gurpurab celebrations at the Harmandir Sahib
Hola Mohalla is on the first day of Chet month, usually in March. It was started by Guru Gobind Singh as a gathering for military training and mock battles on the day after Holi. A typical celebration would include mock battles and displays of swordsmanship and horse riding, followed by music and poetry competitions, concluding with a large parade. 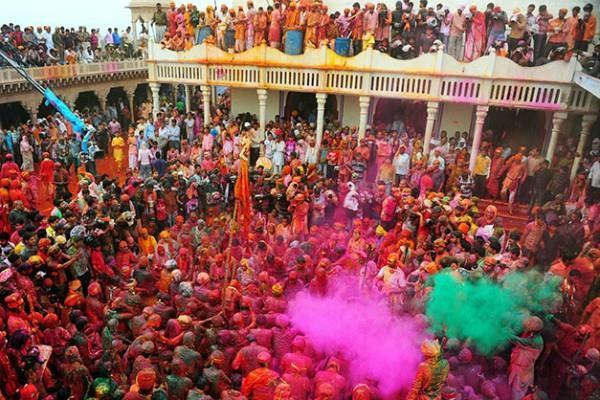 Hola Mohalla celebrations
Baisakhi is the Sikh New Year’s Day that is celebrated on around April 13-14 each year. It also celebrated the harvest of Rabi crops, usually sown in the winter. This was the day on which the Khalsa was formed in 1699 and is similar to a collective birthday. A typical celebration would include traditional folk dances, Giddha and Bhangra, as well as mock duels to celebrate the harvest. Many Sikhs also choose this to be the day to be baptized into the Khalsa brotherhood. 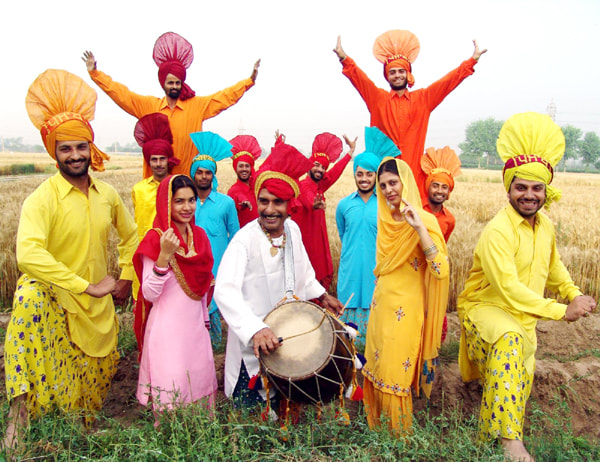 Baisakhi celebrations
Maghi or Makar Sankranti is the first day of the month of Magh. The night before this festival is the festival of Lohri where bonfires are lit as if to symbolize the arrival of spring, warmth, and light. Maghi is also the day to commemorate the martyrdom of the Forty Immortals who fought bravely against the Mughals. This is usually celebrated around January 14 and in Muktsar, Punjab, fairs are organized for the pilgrims who take a holy dip in the sacred waters of the Sarovar (a small lake) before visiting various Gurdwaras. There is usually a continuous, end-to-end recital of the Guru Granth Sahib in all Gurdwaras on Maghi. 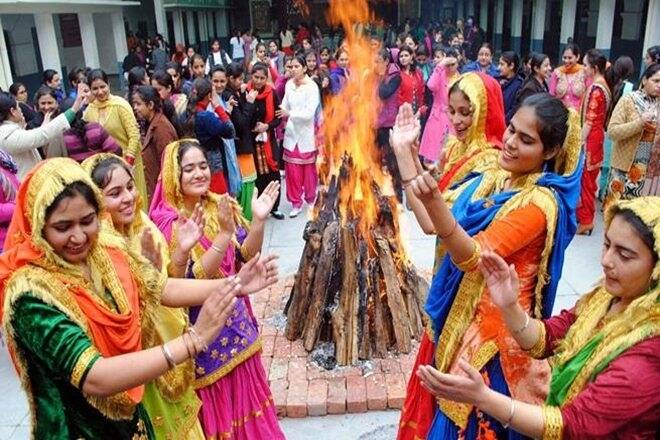 Lohri celebrations
Diwali or Bandi Chhor Divas is the day to commemorate Guru Hargobind’s release from Gwalior fort where he was imprisoned by Emperor Jahangir. The Golden Temple is illuminated with lights and many Sikhs light lamps outside the Gurdwaras. It is celebrated just like Diwali but has a different meaning to Sikhs. 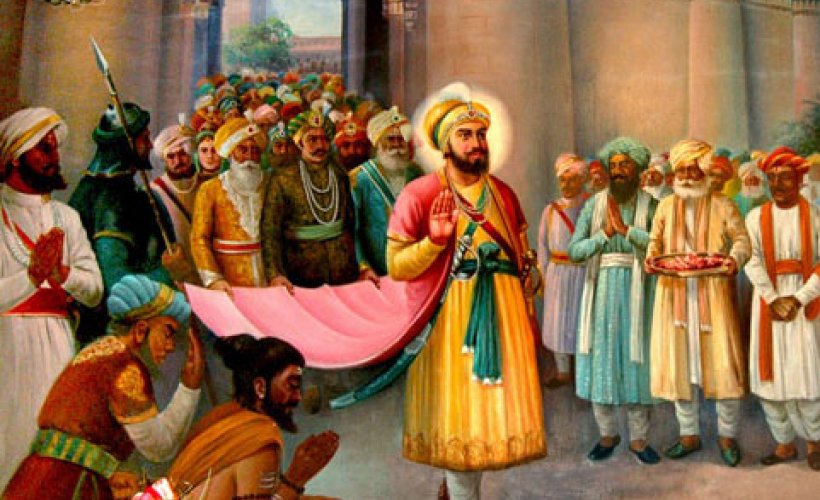 Release of Guru Hargobind from imprisonment at the Gwalior Fort